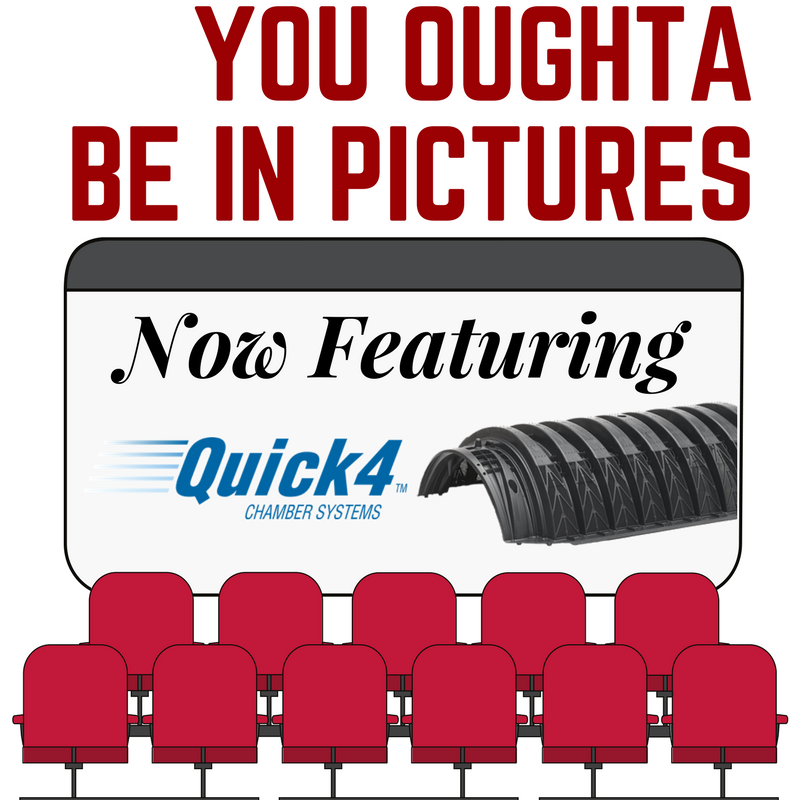 A chamber was used as a light fixture in the TV show, “Stargate SG-1.” Look for it in this photo.

Towards the end of the movie, "Men in Black," a spaceship crash lands. Chambers can be seen on either side of the ramp that the alien creature is walking down. Look for them in this photo.

There is a scene in the movie "Agent Cody Banks" where the clarifier cones from our Delta Whitewater Series aerobic wastewater treatment units are used as light shades throughout a warehouse facility. Look for them in this photo.

Earlier in the movie, “Star Trek Beyond,” when the ship is under attack you can see chambers and end caps built into the floor and walls of the ship. Start searching for them at around 27 minutes into the movie.

Of course, there are times when our products appear on screen as themselves. The episode titled “The Littlest House” of the home renovation show, “Home Town,” included the installation of a septic system using EZflow. You can watch this episode on the HGTV website.

Chambers can be spotted in an early scene that took place within a training facility of the movie, “The Tomorrow War.” If you watch the movie start searching for chambers at around 25 minutes into the movie or look for one in this photo.

The list above is a continuation of a list we published last year in this blog post. By no means are these two lists complete; we're sure there are more sightings of our products out there. Let us know where else you've seen Infiltrator products outside of the onsite industry.