The Science Behind the Strength of Infiltrator Chambers and Tanks

Corrugated shapes can be found in a variety of materials including but not limited to corrugated cardboard, plastic sheet, metal siding and roofing, and metal and thermoplastic pipe. The shapes within the corrugations provide greater strength to products than what they would have using just a flat sheet of the same material. For example, corrugated metal roofing is better able to support a heavy snow load than a flat sheet of the same metal. The advantage corrugated shapes provide is the creation of many small interconnected “beams” that collectively serve as reinforcing structures, leading to improved load-resisting capability. Infiltrator’s molded thermoplastic Quick4 and Arc chambers and IM-Series tanks employ corrugated designs.

First, let’s look at beams. Beams support bridges and buildings all around us and come in many sizes and shapes.

The traditional I-beam includes three components, the web, which is the vertical portion of the “I” shape, and two flanges, which are the horizontal sections connected to the top and bottom ends of the web.

Box girders are commonly designed with a rectangular cross-section and hollow center area.  Flanges on the top and bottom of these structures are connected with two webs located on the outsides of the box.

All beams in bending have a neutral axis, the location of which depends upon how the beam is geometrically configured. The neutral axis is neither being compressed nor placed in tension, but the material above and below the neutral axis is subjected to these conditions.

A simple wood 2x4 can be used as a beam. The neutral axis on a 2x4 is located at mid-height, whether the longer side of the 2x4 is oriented vertically or horizontally. While the volume of wood above and below the neutral axis is the same in either orientation, a 2x4 with its long axis oriented vertically can support a greater load than when the long axis is oriented horizontally. The reason is that the wood of the 2x4 is positioned farther from the neutral axis in the vertical orientation, producing greater load-carrying capacity. This concept applies to beam load-carrying capacity in general.

Beams are designed to have an optimal quantity of material in the web and within the flanges at a certain distance from the neutral axis, such that design loads can be supported.

So, what do beams have to do with Infiltrator chambers and tanks?

Knowing that beams can come in a variety of configurations and sizes, examining the corrugated design of a chamber or tank shows that the corrugations are a system of interconnected beams arranged sequentially along the axis of the chamber or tank to support external loads. The photo below shows the locations of the beam flanges and webs on a Quick4 Plus Standard chamber. The neutral axis is at roughly mid-height on the web.

Corrugations on IM-Series tanks are shaped differently than chamber corrugations. Tank corrugations are generally linear segments connected by curved segments along the sides of the tank. On the tank ends, the corrugations are gently curved. Like a chamber, tank corrugations represent a series of interconnected structures, with inner and outer beams forming a continuous, undulating pattern along the sides and ends of the tank. The open box girder design applies with one flange interconnected by two webs per corrugation period (see image of one tank corrugation period below). The beam-based design of the thermoplastic structure maximizes the effectiveness of the polypropylene used to mold the tank body by offsetting thermoplastic a certain distance from the neutral axis of the corrugation. The system of corrugations is interconnected with a variety of other structural reinforcing features that collectively develop the load-resisting capability of the assembled IM-Series tank. IM-Series tanks can be installed up to four feet below ground surface.

Corrugated structural designs are a key component of many construction products, including molded onsite wastewater system components. The next time you see a Quick4 or Arc chamber or IM-Series tank, take a moment to consider how the interconnected system or corrugations creates a structure capable of supporting applied loads.

Please contact Infiltrator’s Technical Services Department with product design questions at (800) 221-4436 or by sending an email to info@infiltratorwater.com. 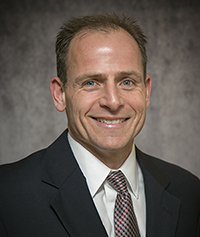 Dave Lentz manages Infiltrator Water Technologies’ government affairs department, with responsibility for regulation of the company’s effluent dispersal, tank, and treatment product lines.  Nationally, Infiltrator is involved in rulemaking, legislation, and industry standards development supporting the onsite wastewater treatment system industry.  Dave has 25 years of experience related to soil and groundwater systems.  He holds a Bachelor’s degree in structural engineering and a Master’s degree in geotechnical engineering, and is a licensed professional engineer.