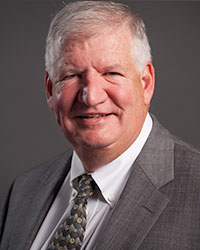 Roy Moore, Executive Vice President, is responsible for overall corporate management of Infiltrator. He has been with Infiltrator since 1987 leading the company’s manufacturing operations including the molding and recycling divisions. During this time, Roy was responsible for the development of several advanced primary and secondary molding processes, as well as the company's recycling capabilities. He also led the development of the company's very successful Quick4 product line of chambers. Roy has headed up, at various times, Sales, Marketing, Engineering, R&D and Government Affairs. Prior to joining the company, Roy led the manufacturing operations of a major building products supplier. He has specialized in the molding of plastic products since 1979. Roy attended Georgia Tech, majoring in Industrial Management with course work in Civil Engineering. 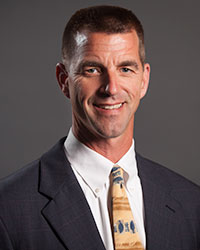 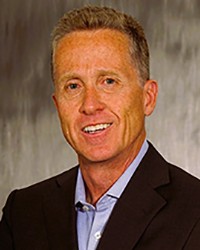 Carl Thompson is responsible for sales, technical services, and government affairs at Infiltrator. He is also responsible for the operations of Delta Advanced – Infiltrator’s advanced/active wastewater treatment business unit. He has been with Infiltrator since 1997. Prior to his role as Vice President of Sales and Delta Advanced, Carl held several positions at Infiltrator including Vice President of Sales and Marketing, National Sales Manager, Regulatory Director, and Technical Director. He was also the project manager for the development of Infiltrator’s first thermoplastic tanks - the TW-Series line. Prior to joining Infiltrator, Carl spent nine years in technical sales and marketing management roles at Contech Construction Products. Carl serves on the National Onsite Wastewater Recycling Association where he is currently on the executive committee (past-president) and chairs the government relations committee.  He is a registered professional civil engineer and holds a BS in Mechanical Engineering from Virginia Tech, a MS in Civil Engineering from Drexel University and a MBA from the University of Delaware. 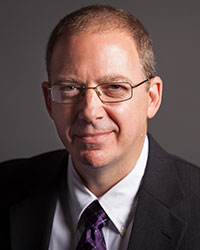 Ron Brochu is responsible for overseeing Infiltrator's purchasing division (Champion Polymer Recycling), materials processing, and molding operations. He has been with Infiltrator since 2000. Prior to his role as Vice President of Manufacturing Ron spent five years developing new products and conducting manufacturing cost reduction & initiatives. Prior to joining the company, he was the Technical Manager in Research and Development for one of the world's largest manufacturers of industrial scale membrane filtration products and equipment. Ron has a BS in Mechanical Engineering from the University of Lowell. Craig Taylor is responsible for all finance, accounting, and information technologies at Infiltrator. He joined the Infiltrator team in February 2020. Prior to his role as Vice President of Finance & IT, Craig worked at Stanley Black and Decker. While at Stanley Black & Decker he held several different roles that included VP of Global Finance for Hand Tools, CFO of the North America Stanley Security, and CFO of Global Shared Services. He has an extensive experience in the finance field, P&L ownership, merger and acquisitions, product development and operations for both the consumer and the industrial markets. Craig has a BS in Finance from Bryant University and a MBA from University of Massachusetts – Amherst.